Modern Interior Design is the epitome of luxury, comfort, and elegance. 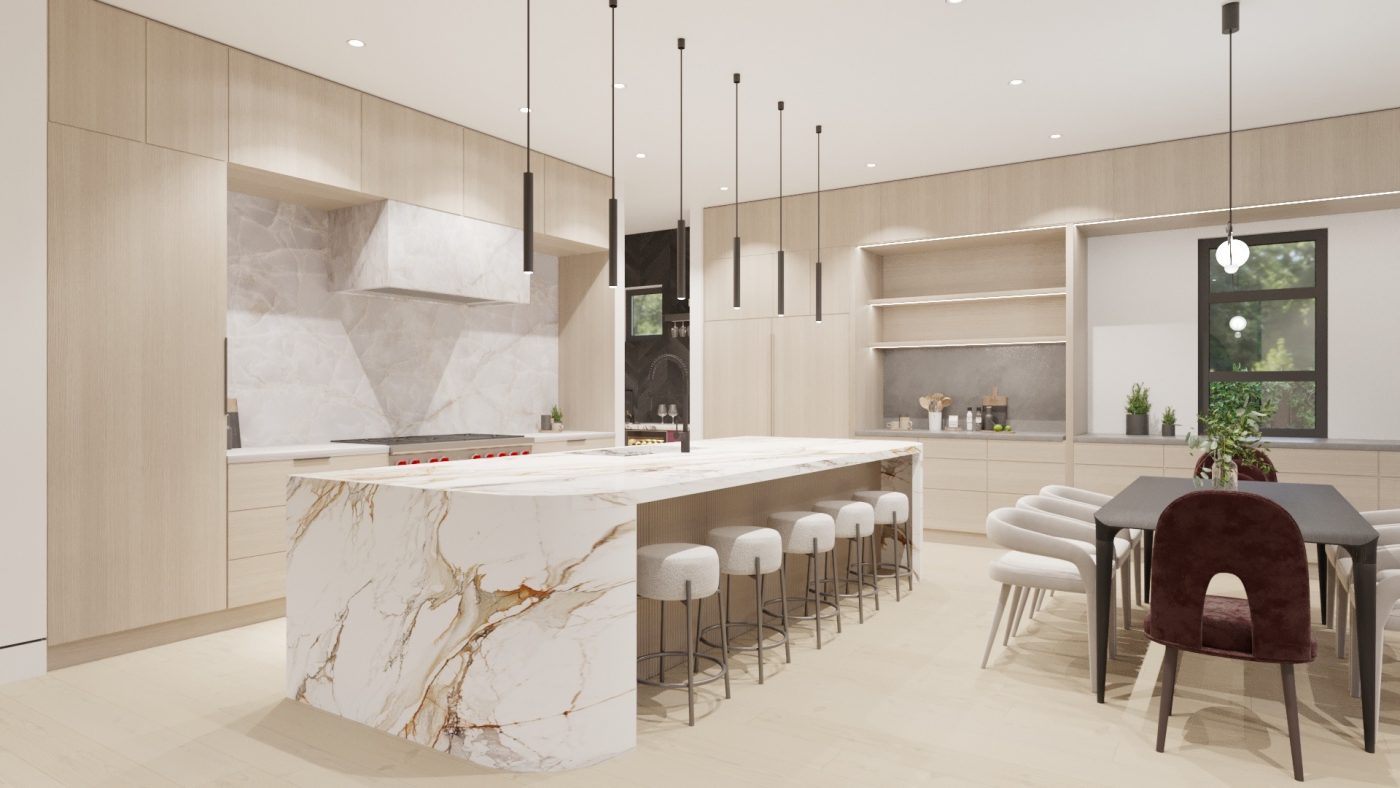 Welcome to the world of modern interior design.

What is Interior Design?

Interior design is how one decorates their life. It gives meaning to spaces and expresses their significance to those who dwell within them. Through interior design, havens are created for human comfort, emotional connection, and spiritual well-being.

What is Modern Interior Design?

In the most simple (yet sophisticated) sense, modern design brings the elements of the modern art movement to the interior of a home.

The aesthetics attributed to modern interior design arose out of the movement that took place in the mid-twentieth century: monochromatic color palettes, minimalistic shapes, clean lines, and sleek forms. For decades, it has been characterized by the well-known phrase, “form follows function”.

What is Modern Contemporary Interior Design?

In luxury design circles, the concept of modern interior design has been undergoing a subtle yet significant shift: the addition of “contemporary”.

What does it mean to marry modern and contemporary interior design styles?

Modern contemporary interior design is defined by its pursuit of balance. All elements are arranged harmoniously to create a sense of peace and belonging.

In modern interior design, “form follows function.” Charting a vision for a space’s desired function is the genesis of all modern luxury interior design projects. Today’s design community has expanded the definition of “function” to encompass the inhabitant’s physical, mental, and spiritual desire for a space.

Based upon expressed and needed functions, designers can begin to craft a space in which energy flows intuitively and seamlessly from room to room, object to object, and person to person. Every detail is considered because, in the words of Charles Eames, “the details are not the details. They make the design.”

Though each modern contemporary home is crafted with mindfulness to the same core elements, every abode has its own exclusive signature. Each home is unique in its functionality, flow, and defining details.

What are the elements of Contemporary Modern Interior Design?

Open-concept floor plans create a sense of spaciousness, creating happier places and elevating the moods of those who enter. Those who spend time in open-concept spaces feel a greater sense of calm and peace compare to living in tight or cluttered rooms. The floor plan is designed so that rooms merge with each other – living rooms merge with kitchens, bedrooms merge with balconies – and positive energy is able to flow from one space to the next. In these homes, rugs and furniture can be used to define areas while eliminating the barriers to connection and flow created by walls. Light and conversation are free to travel from one end of the space to the other without obstruction. Open-concept spaces feel much larger and have a lighter, airy feel while exuding style and effortless ease. 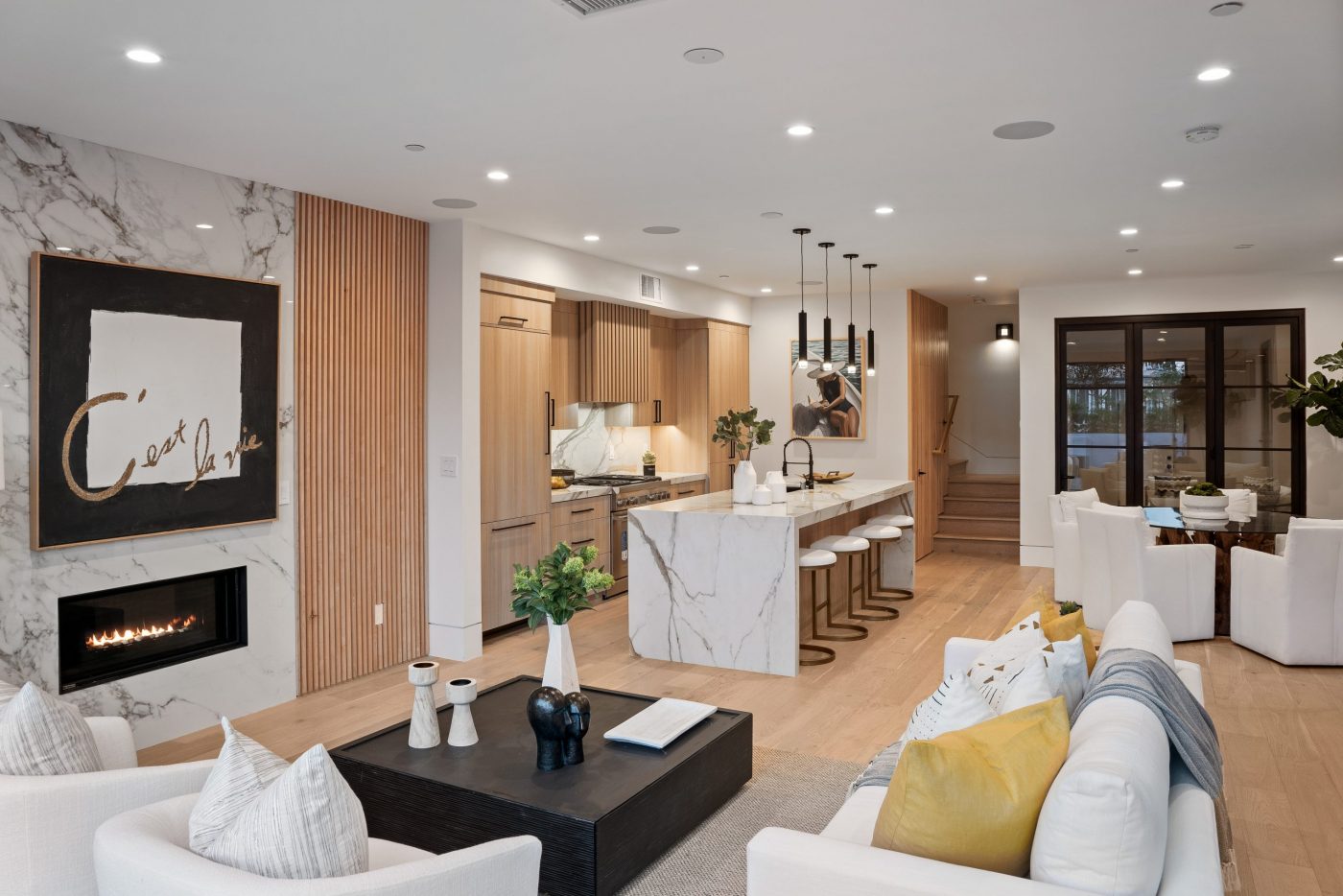 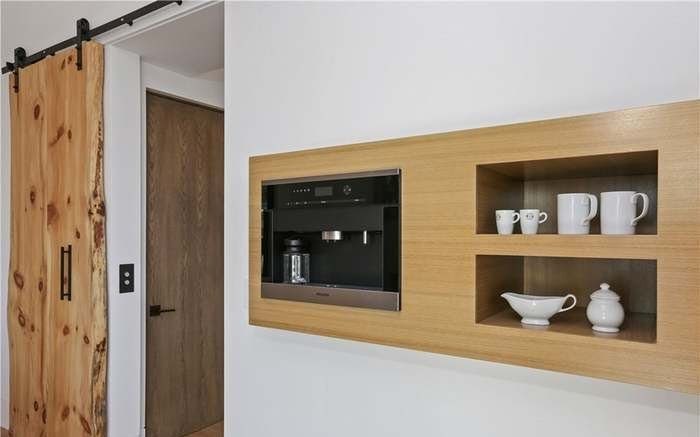 Appliances, seamlessly integrated throughout the home, offer modern moments of surprise and delight. Consider an espresso machine in the bedroom, a standing steamer closet in the walk-in, or a wood-fired pizza oven for an outdoor space. In high-end contemporary residences, appliances enhance everyday experiences and act as an extension of the phrase “form follows function.” They are considered part of the design instead of a departure from it. Kitchens are crafted to meet every need, and incorporate luxury appliances that are panel-ready and mirror the clean lines and soft curves of the surrounding art, furniture, and architecture. Elements like glass and brushed metal further elevate their appearance and make the entire space a functional work of art in proper modern form.

Floor-to-ceiling glass windows erase the boundaries between indoor spaces and their surrounding landscapes. In the early 2020s, interior design zeitgeists predicted the indoor-outdoor design trend in which the outdoors are invited into interior spaces. Floor-to-ceiling windows are one way to create these transitional spaces and make the beauty of the outdoors a focal point of the home’s interior. Luxury homes are often located amidst spectacular landscapes, and floor-to-ceiling windows allow owners to take advantage of unobstructed views of their favorite landscapes. Sunlight is also a mood-lifter, and these portals for natural light create an abundance of sun-drenched rooms. 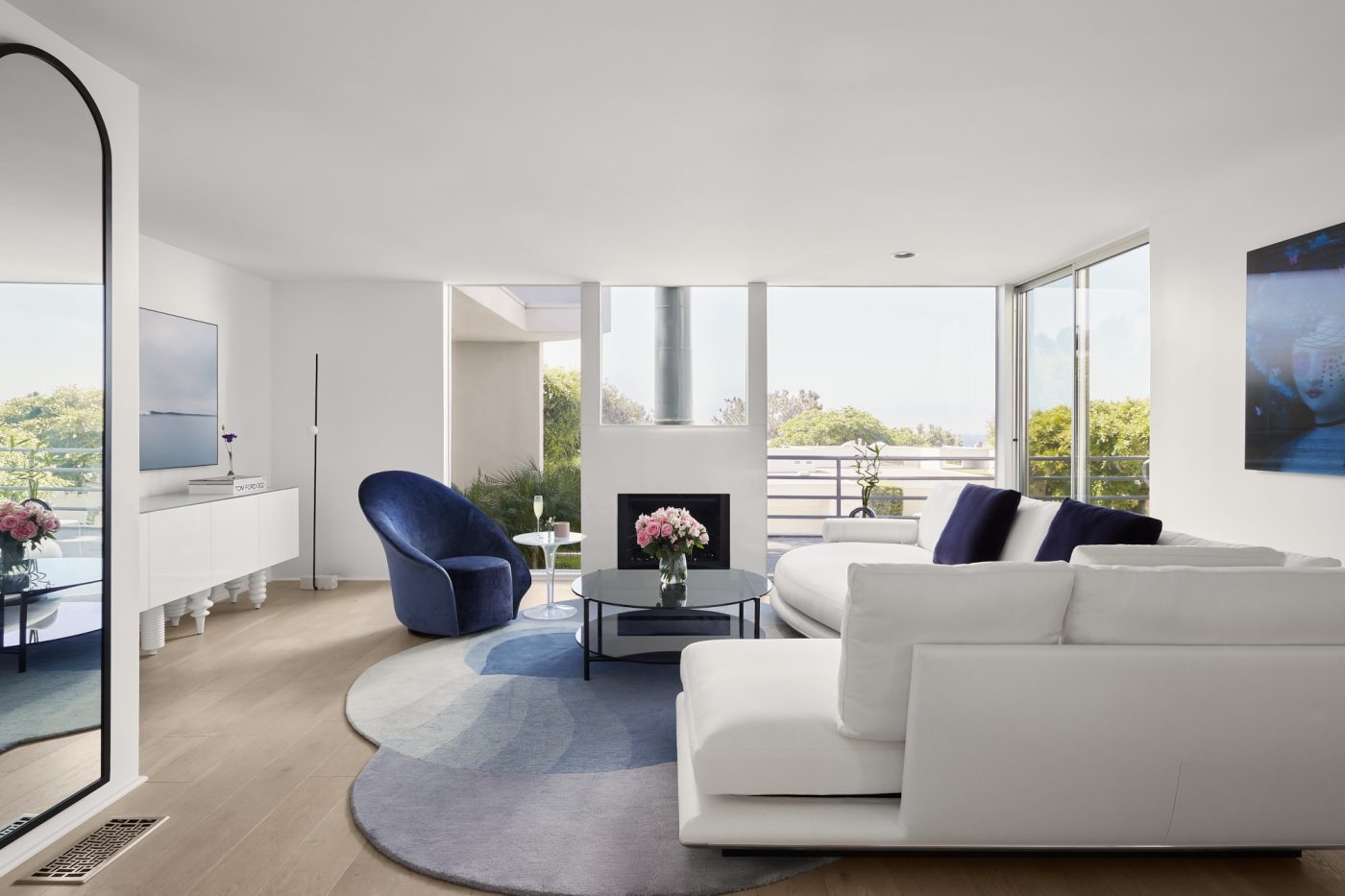 The desire to bring nature into interior design extends to the use of natural materials. Natural materials are a design element that can never be exactly replicated. From the knots and grain of a warm wood accent to marble veining, the use of natural elements makes a space entirely unique and keeps a contemporary space from feeling sterile. Responsibly-sourced materials amplify a home’s positive energy and give inhabitants the opportunity to embrace the ethereal grandeur of the world that surrounds them. The use of natural materials extends to all fibers and textures, whether an upholstery fabric or a statement textile. As well as being environmentally sustainable, most natural fibers and fabrics are more breathable, durable, and bio-degradable. 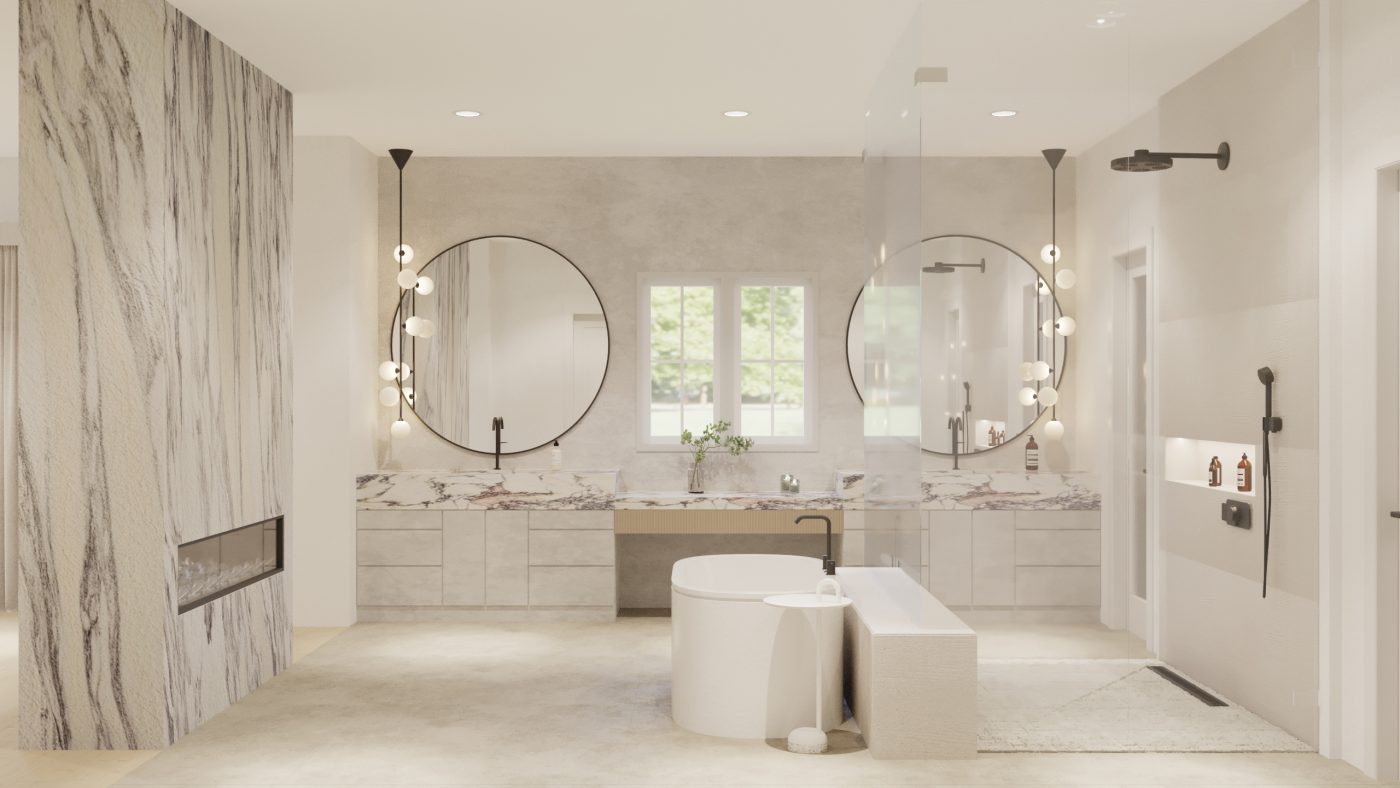 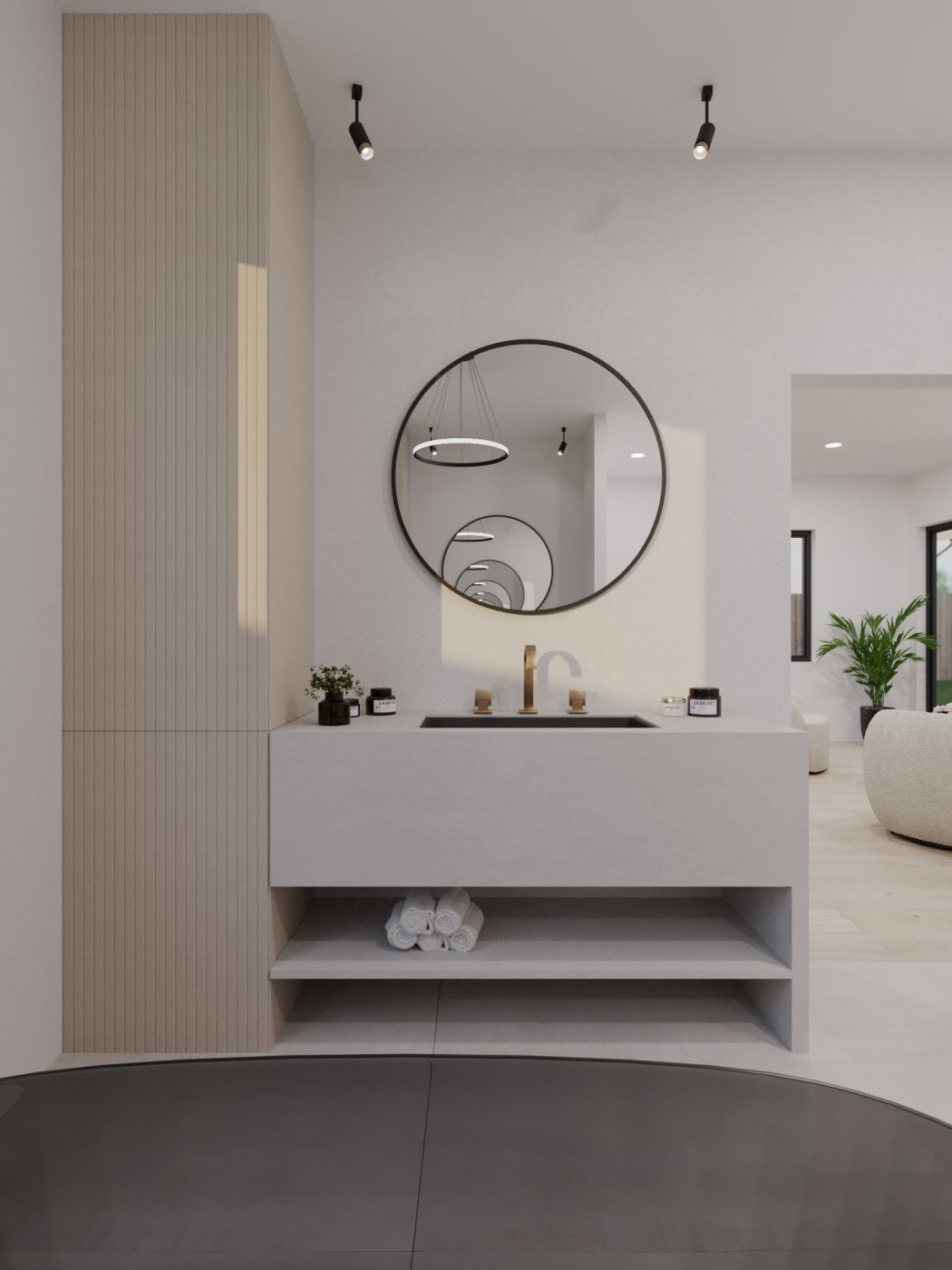 Furniture takes on simple forms and serves clear functions, with the goal of creating visual interest while minimizing excess. Custom units can be crafted to meet the vision and functional requirements of those who will be living in and using the space. Human comforts are as important as a sophisticated look and feel. Although clean lines are a must, contemporary design incorporates furniture with more curves versus sharp corners. Furnishings should feel balanced, as though everything is exactly where it belongs. 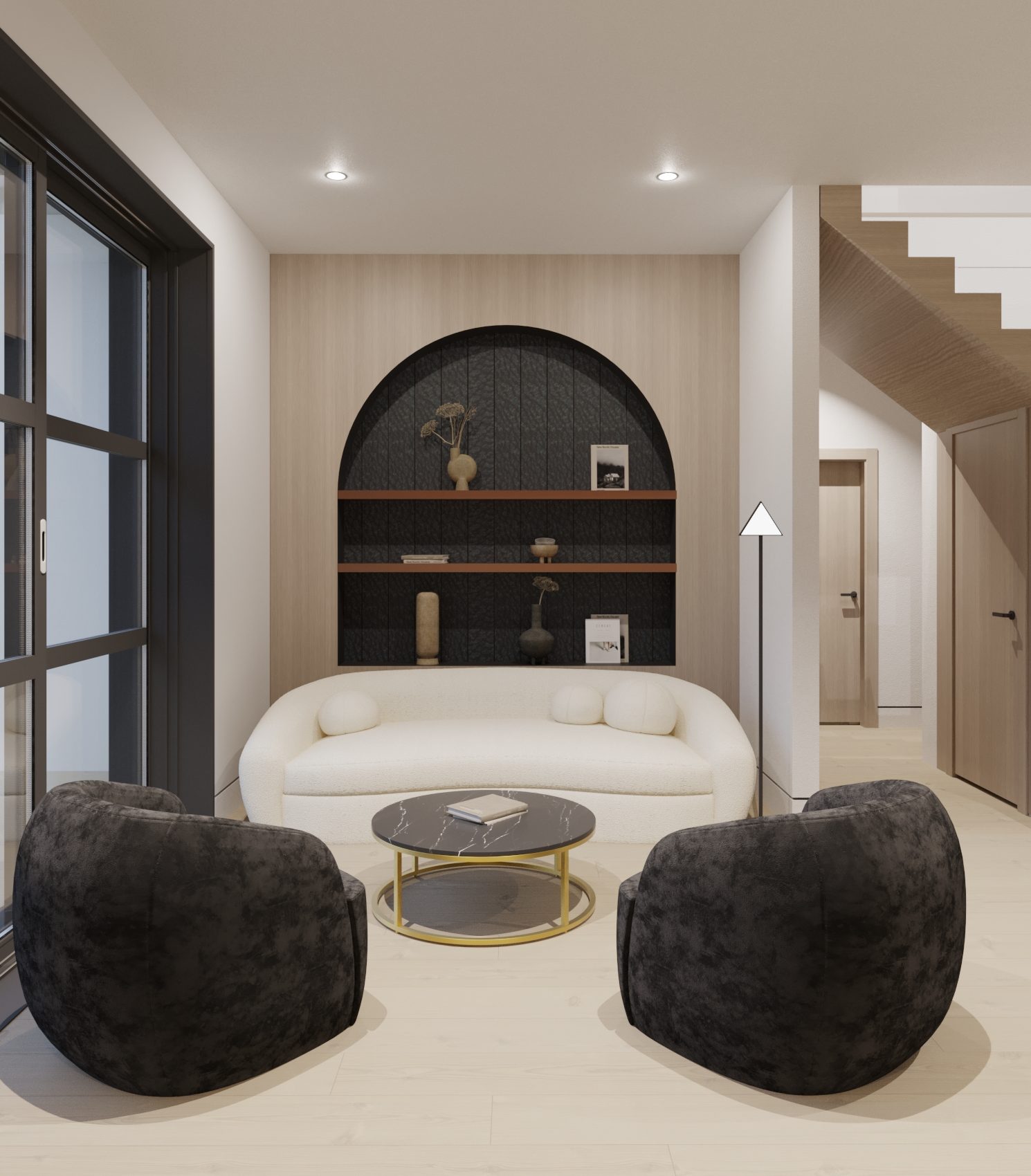 While each space is unique, modern interior design in luxury homes elevates the space and creates a welcome oasis from the cascading chaos of the surrounding world. Discover the functional style that brings you happiness and peace.