The cottage in a historic area of Orange County, California, was a gem. So many of its original architectural details called for careful restoration rather than any sort of remodeling. Unfortunately, previous design choices—including outdated and oversized furniture and a color scheme combining dark reds, deep browns, and soft pinks—made the rooms feel cluttered and claustrophobic (see the last two photos above).

Newport Beach interior decorator Helena Brana, founder of BRANA Designs immediately understood the potential for achieving a quaint yet casual contemporary look that we came to refer to as “Chic Zen”, expressing how the living spaces could be brought entirely up to date without losing a serene connection to the past. Our goal, was to achieve a comfortable living space that felt at once both serene and modern.

That process began by protecting every bit of original detailing, including arched room entrances and moldings, windows, and already functional floor plan.

The result is an entirely beautiful modern cottage that respects the past while looking forward to the years ahead. 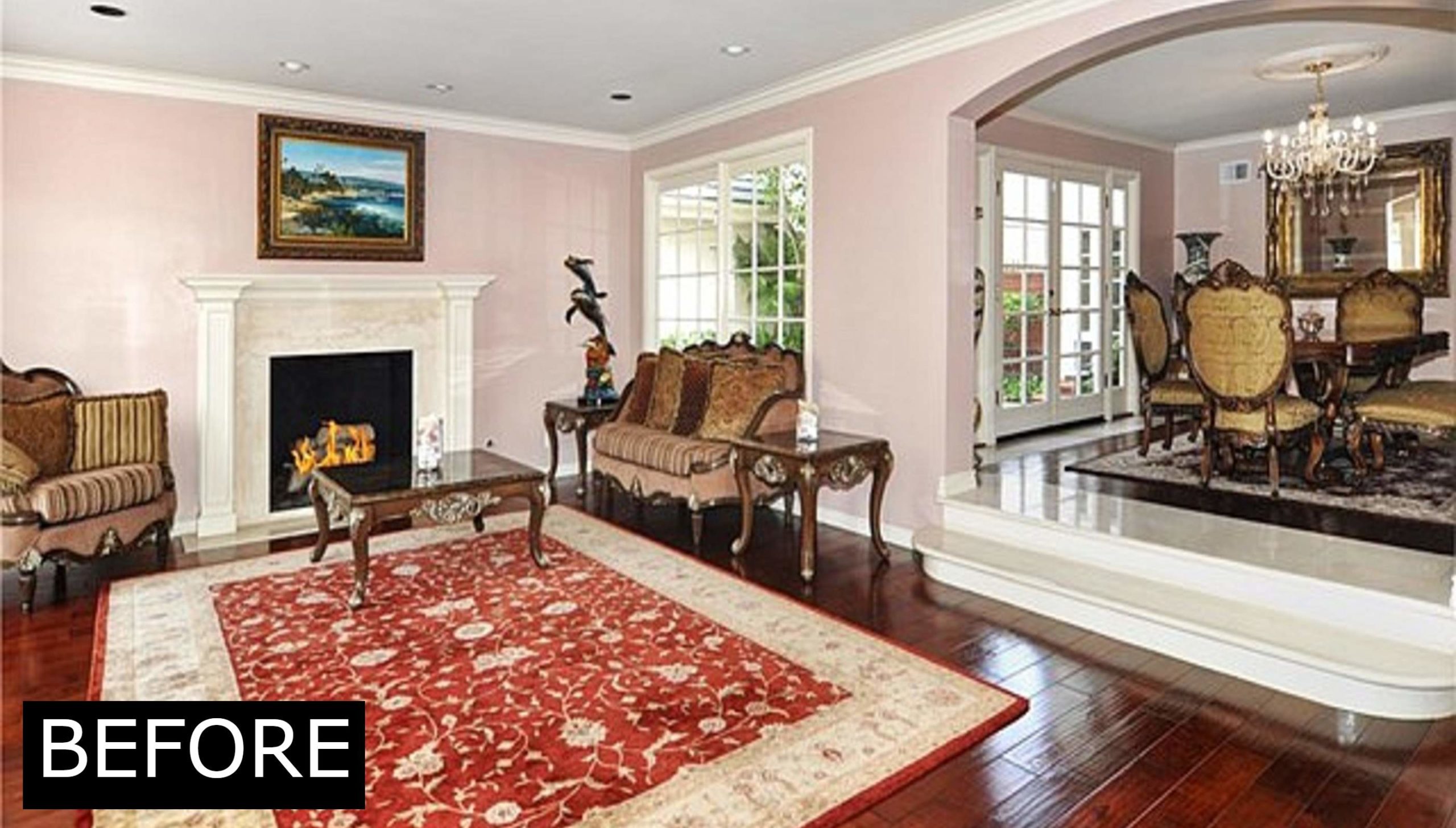 We adapted our signature ”Organic Contemporary” design approach in a way that both respected the cottage’s past and looked forward to its future. Just a few of their many innovative approaches include:

While preserving the lovely soft-arched passages between the living and step-up dining rooms, we added minimalist floral-themed murals that subtly underscore the cottage theme.

Comfortably contemporary furniture and accessories with subtle retro contribute further to an elegantly welcoming ambiance that the cottage has always innately possessed.

Gentle shades of blue, pink, and mauve harmonize with an overall soft white wall and ceiling color to make the cottage’s interiors feel as fresh and peaceful as the outdoors.

Streamlining connections between indoors and out.

Previously, French windows and doors, charming though they may have been, broke up the connection between the home’s interiors and its gardens and patios. New single-pane glass sliders welcome more natural light and showcase nature from indoors.

In these ways and so many more, we achieved a modern cottage style that respects the past, lives very much in the present, and serenely looks forward to the future—an outlook that might well be perfectly summed up as “Chic Zen.”